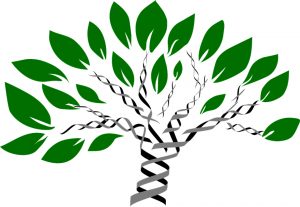 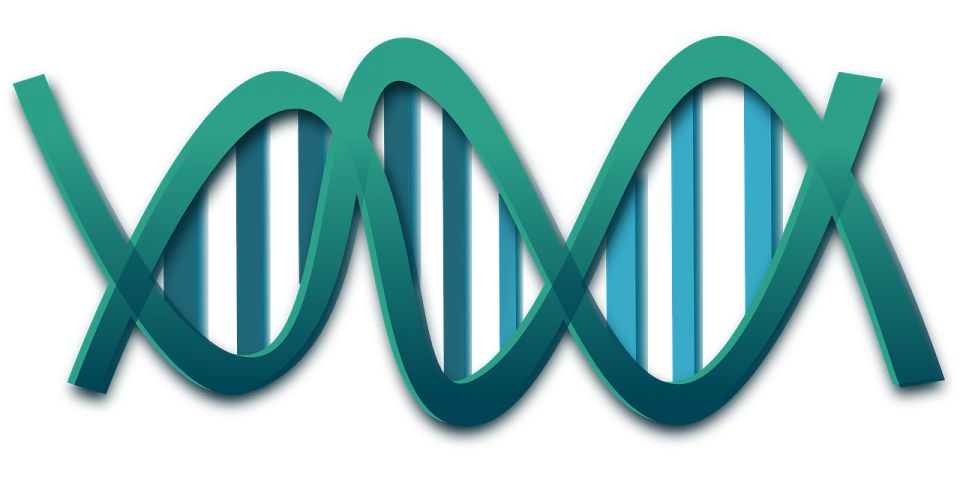 From the foundation of the Moxon Society in 1991 until his death in 2010 John Moxon Hill (JMH) had, almost single-handedly, compiled some 57 ‘Moxon Trees’; later researchers have added many more to this number.  From the beginning JMH conceived these trees as being but branches of some greater tree and he spent many of his later years merging many of the smaller twigs into bigger units.

Until the beginning of the 21st century genealogy was a manual pursuit and the serious family historian was to be found spending time in record offices and freezing church vestries often, before the advent of the ubiquitous microfilm reader, examining original archive material.  The availability to the genealogist of DNA testing in the early 2000s, even before the now widespread availability of archive material on the internet via, for example, Ancestry and Findmypast, proved to be a boon and one which JMH eagerly espoused.

Until relatively recently DNA testing was confined to the Y-chromosome.  This was considered to be a powerful tool because it is via this chromosome, which is passed only from father to son, that the inheritance of a surname can be charted.  JMH argued, correctly, that by testing the Y-DNA from living male members of a number of trees it would be possible to merge trees which have been shown to have a common male ancestor even, perhaps, many generations ago.

In October 2002, the DNA of 14 male Moxons were tested by the company Oxford Ancestors and in September 2005 a further eight were tested.  These early results proved beyond reasonable doubt that some two thirds of the male Moxons who were on one or another of the trees created by JMH could trace their ancestry to the Moxons of Cawthorne, and about half of the rest to the Moxons of Silkstone.  An initial, and indeed surprising, conclusion was that there has been no genetic link between these two groups for perhaps a thousand years even though the parishes of Cawthorne and Silkstone are contiguous.

Oxford Ancestors tested for only 10 locations out of many thousand available on the Y chromosome and so it is likely that the discriminatory power of their tests is relatively poor. It can easily be imagined, for example, that an estimate of the average height of men in England derived from a sample of just 10 might be only a very rough estimate of the truth.

In 2006 another testing company, DNA Heritage, entered the market place offering higher resolution tests.  DNA Heritage was taken over by Family Tree DNA (FTDNA) and their 37 locations Y-DNA test was subsequently adopted by the Moxon Society as its Y-DNA standard.

Between 2006 and 2017, samples from 25 male Moxons (including variants like Moxham and Moxsom) were tested at a resolution of greater than 25 locations, some of these being re-tests of those already analysed by Oxford Ancestors at the 10-location level.

It is important to note that although Y-DNA analysis can now demonstrate with a high degree of certainty that, for example, male individuals a and b from trees MXx and MXy respectively share a common paternal ancestor, the degree of consanguinity is much less easy to establish.  Rather, the DNA results can provide pointers to archive material (parish registers and wills, for example) from which further relevant family tree information may be obtained.  This joint approach – using DNA results and archive data – has been very successful in facilitating the merging of a number of small trees into much bigger ones.  Specifically, the assertion, noted above, that a significant proportion of many existing Moxons can trace their descent from the Cawthorne family has been amply justified.

A recent phase of the Moxon DNA Project was designed to determine the origin of individuals with surnames which are variants of Moxon, such as Moxham and Moxsom.

The administration of a DNA project under the above testing regime is not straightforward. All the results as they come in are entered into a spreadsheet but the updating of this is tedious, time consuming and potentially error prone, even though it is fairly mechanical.

All that has been said above relates only to males. This is clearly a major disadvantage: females who may be of Moxon descent are unable to use DNA to examine their ancestry and all trees where there are no male Moxon descendants cannot easily be examined for possible merging with other trees.

As a result the Society decided in 2017 to reconsider the DNA testing mechanism which is appropriate for the Moxon DNA Project and we are currently (Dec 2017) moving towards using AncestryDNA for future testing.

There are currently three main types of DNA tests on the market:

Each test produces different information as outlined below.  Ancestry offers the autosomal DNA test, which produces the most comprehensive snapshot of one’s ethnicity and living relatives.

Because Y-chromosomes are passed from father to son virtually unchanged, males can trace their patrilineal (male-line) ancestry by testing their Y-chromosome.  Since women don’t have Y-chromosomes, they can’t take Y-DNA tests (though their brother, father, paternal uncle, or paternal grandfather could).  Y-chromosome testing uncovers a male’s Y-chromosome haplogroup, the ancient group of people from whom one’s patrilineage descends.  Because only one’s male-line direct ancestors are traced by Y-DNA testing, no females (nor their male ancestors) from whom a male descends are encapsulated in the results.

Autosomal DNA tests trace a person’s autosomal chromosomes, which contain the segments of DNA the person shares with everyone to whom they’re related (maternally and paternally, both directly and indirectly). Because everyone has autosomal chromosomes, both males and females can take autosomal DNA tests, and the test is equally effective for both genders. AncestryDNA provides a list of people in their 4 million-person database who are related to the test taker and an ethnicity estimate of one’s ancestry by percentage, and they survey one’s DNA at over 700,000 locations and determine how much ethnicity is shared with the people from our reference panel in each region. Autosomal DNA tests can confirm ethnicity percentages and close relationships with a high level of accuracy.